The silent words rising from the depth became heavy luminescent stones paving a new path a steep climb zig zagging into snow covered mountains with distant peaks like ancient castles waiting to be conquered standing high noble and fortified by time, amidst hypnotizing ravines luring the traveler who carries hidden fire omen-reading naked with patient deliberation stepping forward into the shadow led by the undulating current electric snake grounded in steady enigmatic rhythms the creation of the way offering labour at the clycop’s altar honest in silence resolute arrow pointing at the dragon’s tail costly desires drown in the abyss of time in exchange for familiar siren calls the compass spinning widely to magnetic pull of the pressurized diamonds at the outer limits of the inward vision the darkening of reality obscuring the way time relentlessly sharpening the sword.

The week begins with the Moon VOC in Aquarius all day until she enters Pisces early Tuesday morning (2:12am EST). Jupiter enters Capricorn on Monday (13:20 EST) for the next year (until December 19, 2020) and signals a period of shaping and consolidating the grand visions and goals that were birthed in the last year while Jupiter traveled through Sagittarius, and raised all sorts of big ideas. Jupiter’s ingress into an Earth sign is a significant shift that calls our attention to the deliberate and slow progress that is made when we apply effort and discipline to our goals. Our efforts and energies should turn towards projects that can yield long lasting results and solidity as oppose to ephemeral and passing gratifications.

The Moon enters Pisces Tuesday morning at 2:12 am EST moving towards her First Quarter. The Moon then moves toward a supportive sextile with Uranus in Taurus, and we might be able to extract some innovative solutions or exciting ideas from our dreams.

A sextile betweenVenus/Mars become exact at 10:47am EST on Tuesday colouring our relationships with a tinge of seduction. Venus in Capricorn sextile Mars in Scorpio can harmonize desires and affections. Once again our energies are best directed towards genuine connections with people who have been here for us in the past. There could be less interest on superficial encounters at this time but overall, Venus sextile Mars is a good aspect for socializing. Pleasant and meaningful interactions have the potential of continuing late into the evening on Tuesday when the Moon in Pisces trines the North Node in Cancer (19:41 EST), Mars in Scorpio (21:51 EST) and sextile Venus in Capricorn (22:27 EST).

Very early Wednesday morning we have the First Quarter Moon at 11º49′ Pisces when it applies to square the Sun in Sagittarius. The Sun in Sagittarius AND the Moon in Pisces will both be ruled by Jupiter in Capricorn. We should get some insights surrounding the themes we have to work with this next year while Jupiter travels in Capricorn. However there could also be some confusing factors with Neptune so closely involved with this First Quarter Moon. We might need clarity but we could be missing some part of the picture. The Ideal and the Real could collide creating uncertainty as to what is true, and what is mere fantasy. We could be glamorizing a situation or a person that is not all that its cracked up to be and we might have to contend with deception or dishonest behaviour. This First Quarter Moon will affect people with planets in the middle Decans of the Mutable signs most significantly.

The Moon enters Aries on Thursday afternoon at 14:46 EST and is ruled by Mars currently in Scorpio. Energy and will power should be available Thursday, Friday, and early on Saturday morning if you need to get stuff done. A good time for physical activities and projects that requires sharp focus. Saturday, the Moon is VOC in Aries all day and the Sun applies to square Neptune in the afternoon. The momentum of the last few days might get somewhat diffused on Saturday and we might be looking to escape into fantasy while simultaneously be called into presence. Whatever we are wrestling with during the First Quarter Moon on Wednesday could continue to be a theme this weekend. However, with the Moon entering Taurus on Sunday morning we have an opportunity to ground ourselves into presence for real this time. 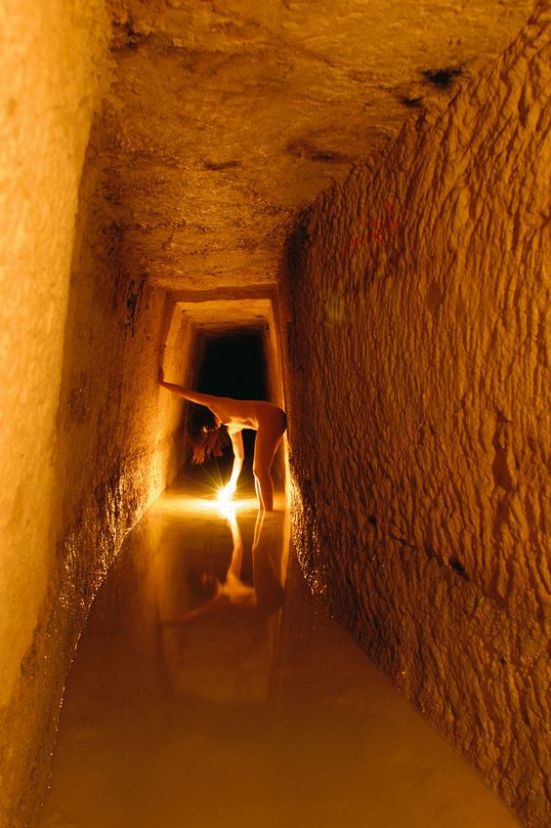 “Do actions agree with words? There’s your measure of reliability.
Never confine yourself to the words.”
–Frank Herbert,  Dune